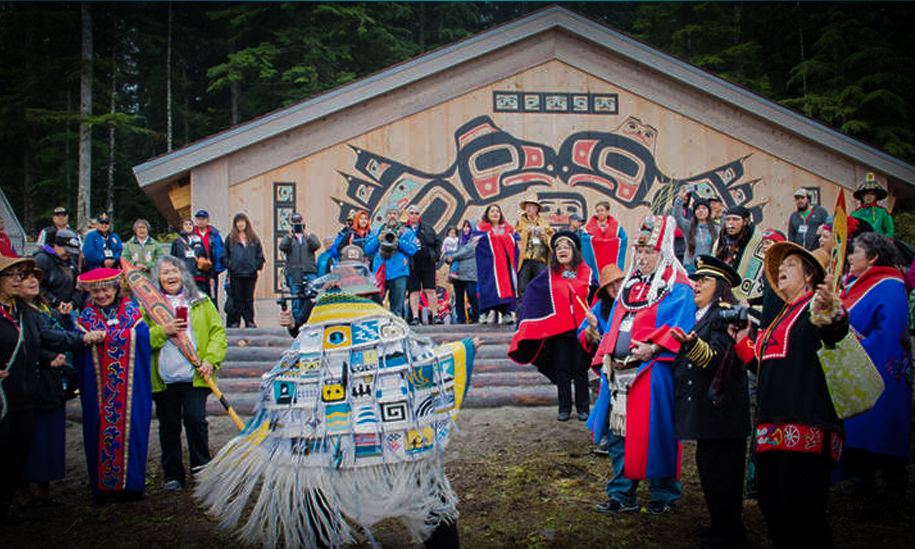 8 Destinations to Experience Native American Culture with recreation.gov and my724outdoors.com!

Cultural experiences at National Parks and beyond

Through stories, art, song, dance and architecture, Native American culture comes alive in the special places that serve as the ancestral homelands of these Native peoples. Here, visitors can immerse themselves in vibrant culture, while exploring vivid depictions of historical events and places. Glacier Bay National Park and Preserve ALASKA

The Huna Tlingit Tribal House (Xunaa Shuká Hít) is located in Glacier Bay National Park and Preserve, the ancestral homeland of the Huna Tlingit who sustained themselves on the abundant resources found throughout the Bay prior to the Little Ice Age. Although villages inside the Bay were overrun by glacial advances in the 1700s, the Huna Tlingit re-established numerous fish camps and several seasonal villages soon after the glacial retreat.

The Huna Tlingit Tribal House, the first permanent clan house in Glacier Bay in more than 250 years, provides a venue for ceremonies, workshops, camps and tribal meetings and ensures that Huna Tlingit culture, language and history will be passed on to current and future generations. Desert View Watchtower, Grand Canyon National Park ARIZONA

The Desert View Watchtower, an Anasazi and Pueblo-inspired building designed by noted architect Mary Colter, provides a spectacular view of the vast canyon below from its observation deck. Built in 1932, the Desert View Watchtower deteriorated over time, largely serving as nothing more than a short pit-stop for Grand Canyon visitors passing through on their way to other area attractions.

Now, through a collaborative restoration project between the National Park Service and the American Indian Alaska Native Tourism Association, the watchtower continues to offer unbeatable views of Grand Canyon, but also serves as an inter-tribal interpretive center where visitors can learn about the area through authentic tribal interpretive programs and live art demonstrations conducted by local Native artisans. Redwood National and State Parks CALIFORNIA

The ancestral homelands of the Yurok Tribe, Redwood National and State Parks and California’s northern-most boundaries were once dotted with more than 50 tribal villages. Traditional family homes located in these villages were made from the fallen keehl (redwood tree), which the tribe consider sacred, living beings.

Native American people have had ties to Maine and the area now known as Acadia National Park for more than 12,000 years.  Currently, five principal nations—the Mi’kmaq, Maliseet, Passamaquoddy, Abenaki and Penobscot, collectively known as the Wabanaki—remain connected to this landscape.

Wabanaki, which translates to “People of the Dawnland,” is particularly fitting, as Acadia’s Cadillac Mountain is the highest point along the Northern Atlantic Seaboard, and the first place in the U.S. to see dawn from October through March. In summer, Acadia National Park produces free, weekly “Cultural Connections in the Park” events that feature Wabanaki artisans and performers. Glacier National Park MONTANA

For thousands of years, the Blackfeet Nation has made its ancestral home throughout northern Montana and the Rocky Mountains, including Glacier National Park. Today, the Blackfeet Reservation encompasses nearly 1.5 million acres (600,000 ha) along the eastern ridge of the park, in what tribal members call the “Backbone of the World.”

Combining a tour of Glacier National Park, including Going-to-the-Sun-Road, with an exploration of the Blackfeet culture is as easy as contacting Sun Tours, a Blackfeet-owned, National Park Service-approved tour operator. Guides are full-time residents of the Blackfeet Indian Reservation who share Tribal culture, history and lifestyle. They are also experts at spotting local wildlife, so don’t be surprised to see free-roaming elk, deer, moose, antelope, black bears or grizzly bears along the way. Great Smoky Mountains National Park NORTH CAROLINA AND TENNESSEE

The Great Smoky Mountains have been the ancestral home of the Cherokee Indians for thousands of years. Called Shaconage, or place of blue smoke, the region is vast and is home to wide array of diverse plant and wildlife species.

In 1838, nearly 14,000 Cherokee Indians were forced to trek westward to Oklahoma on an arduous journey known as the “Trail of Tears.” A small group in western North Carolina, the Oconaluftee Cherokee, negotiated an agreement to purchase 57,000 acres (23,000 ha) of property known as the Qualla Boundary and remain in North Carolina. Today, Park visitors can visit the Oconaluftee Visitor Center’s Mountain Farm Museum and walk along the Oconaluftee River Trail, which connects the Qualla Boundary.  Along the route, wayside signs share cultural and spiritual details about the Cherokee homelands. Apostle Islands National Lakeshore WISCONSIN

In northwestern Wisconsin, along the scenic shoreline of Lake Superior, sits Apostle Islands National Lakeshore, which includes 21 islands as well as 12 miles (19.3 km) of shoreline along the mainland. Two thirds of the mainland portion of the park are located within the boundaries of the Red Cliff Band of Lake Superior Chippewa Indian Reservation.

Just across the bay from Oak Island—the highest point in the Apostle Islands—is Red Cliff’s Frog Bay Tribal National Park, the first tribal national park in the country. Two miles (3 km) of trails and nearly a mile (1.6 km) of sandy beach are open for visitors to enjoy hiking, swimming and scenic views of five of the Apostle Islands. Multilingual signage narrates the park’s ecosystem in English and Ojibwe. American Indians and Route 66 ILLINOIS TO CALIFORNIA

Learn about the Native American experience along Route 66 in both a printed travel guide and on a website created in partnership with American Indian Alaska Native Tourism Association (AIANTA) and the National Park Service. The guide includes Native historical sites along the route and also chronicles present-day cultural experiences available to travelers. Compiled with assistance from many tribes along the route, American Indians and Route 66 gives travelers a more complete picture of the famed journey.