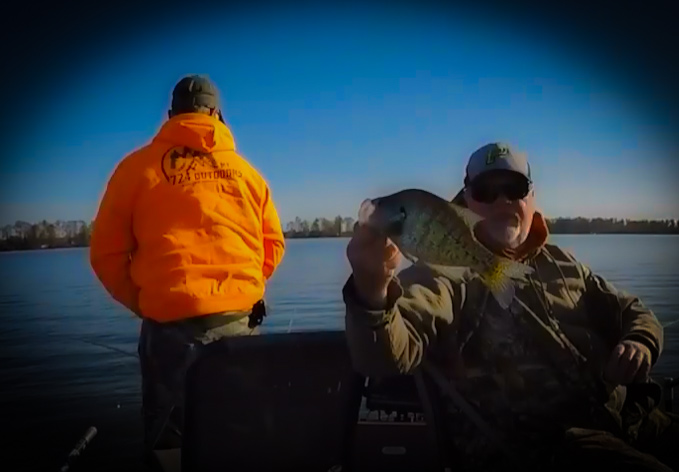 Big Crappie at Reelfoot Lake with PFGFishing and my724outdoors.com!

Reelfoot Lake currently covers 15,000 acres, with a maximum depth of 18 feet and an average depth of 5.5 feet.[26] It is the only large natural lake in Tennessee. Lake County, Tennessee, in which it is located, was named for it. Until 2003,[citation needed] Reelfoot was the world’s only legal commercial fishery for crappie, a species of sunfish. It was served in restaurants near the shore. The area is popular for recreational boating, fishing, and waterfowl hunting.

Since 1930, water levels in the lake have been regulated by the construction and operation of a spillway at the southern end, where the Running Reelfoot Bayou flows out of it. This structure was controversial[why?] when first built. In 1939 local residents attempted to blow it up, unsuccessfully.

In the early 21st century, the 80-year-old spillway was regarded as obsolete by both the United States Fish and Wildlife Service and the United States Army Corps of Engineers. They planned to replace it. A new spillway was completed in 2013 and became operational. This has helped regulate water levels and by doing so, helped the overall health of the lake and its species.[citation needed]

The town of Samburg, Tennessee, is the only incorporated municipality on the lake’s shores.

The story of the formation of Reelfoot Lake is told through an earthquake simulator program at Discovery Park of America, a museum 14 miles from the lake in Union City, Tennessee.