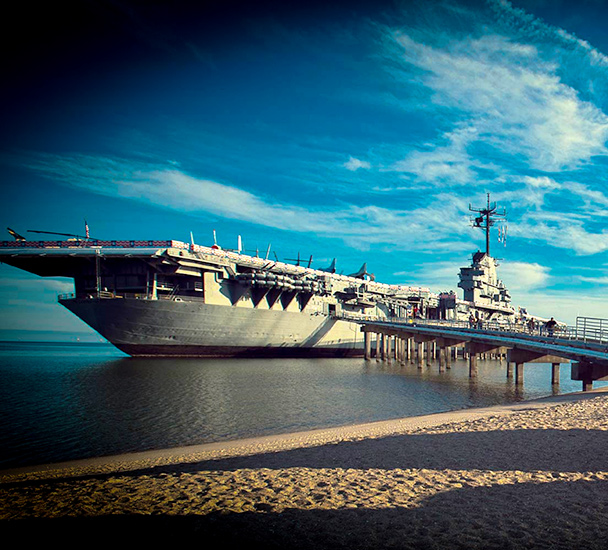 Visiting the USS Lexington & Texas State Aquarium with The Carpetbagger and my724outdoors.com!

Jacob takes us through the USS Lexington and the Aquarium on his visit to Corpus Christi.

Commissioned in 1943, she set more records than any other Essex Class carrier in the history of naval aviation.The ship was the oldest working carrier in the United States Navy when decommissioned in 1991. An Essex-class carrier, USS LEXINGTON was originally named the USS CABOT. During World War II, final construction was being completed at Massachusetts’ Fore River Shipyard when word was received that the original carrier named USS LEXINGTON, CV-2, had been sunk in the Coral Sea. The new carrier’s name was changed to LEXINGTON.

After training maneuvers and a shakedown cruise, the USS LEXINGTON joined the Fifth Fleet at Pearl Harbor. The Fifth Fleet was established April 26, 1944, at this time it was Central Pacific Force. During World War II, the carrier participated in nearly every major operation in the Pacific Theater and spent a total of 21 months in combat. Her planes destroyed 372 enemy aircraft in the air, and 475 more on the ground. She sank or destroyed 300,000 tons of enemy cargo and damaged an additional 600,000 tons. The ship’s guns shot down 15 planes and assisted in downing five more.

The Japanese reported LEXINGTON sunk no less than four times! Yet, each time she returned to fight again, leading the propagandist Tokyo Rose to nickname her “The Blue Ghost.” The name is a tribute to the ship and the crew and air groups that served aboard her.

After the war, LEXINGTON was briefly decommissioned (1947-1955). When reactivated, she operated primarily with the Seventh Fleet out of San Diego, California. Although not involved in actual combat, LEXINGTON kept an offshore vigil during tensions in Formosa, Laos, and Cuba.

In 1962, she sailed into Pensacola, Florida, and began training operations, eventually being officially designated CVT-16, Navy Training Carrier. Corpus Christi is privileged to be selected as the permanent home to this national treasure.

The USS Lexington arrived at Corpus Christi beach in 1992 as a result of active fundraising, strong community support, and the world’s oldest aircraft carrier has since served as a naval aviation museum, educational facility, and popular area tourist attraction. “The Blue Ghost” has remained self-sufficient, never receiving funds from government agencies. The revenue that keeps this national treasure open has come solely from grants, donations, admissions, Ships Store sales, special events, and the youth overnight program.

During the 1980’s the U.S. Navy came to realize that keeping in service its last remaining World War II Essex Class aircraft carrier was becoming increasingly expensive and that the USS Lexington would have to be replaced by a more modern ship. In August 1990, the Secretary of the Navy announced that the USS Forrestal would replace the USS Lexington as the Navy’s training carrier.

On 29 January 1992, the USS Lexington arrived at Naval Station Ingleside and became a permanent Texas resident. On 8 June 1992, the United States Navy officially signed over the USS Lexington to city officials and on 17 June she was towed to her final berth on North Beach. The USS Lexington was opened to the public in October 1992, and on 14 November was dedicated in a formal ceremony attended by representatives of the City, State, and Federal governments, as well as former crew members and members of numerous veterans organizations.

From the very first day of operation as a naval aviation museum, the USS Lexington has remained totally self-sufficient, never having received funds from local, state or federal government agencies. The Museum has relied solely on revenues generated from grants, donations, admissions, ship’s store sales, special events, and the youth overnight program. These revenues have covered all expenses not only to operate and maintain the ship but also to fund all capital improvements as well.