The Haunted House Restaurant In Cleveland Ohio is SCARY GOOD! 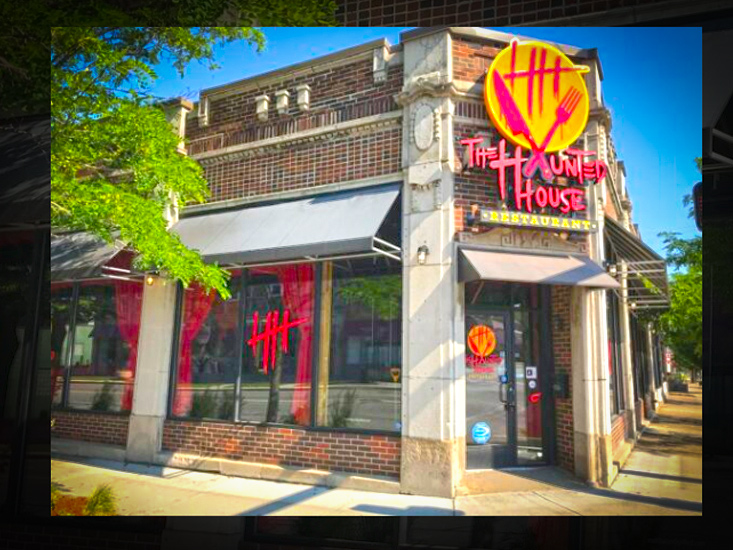 The Haunted House Restaurant In Cleveland Ohio is SCARY GOOD! with The Carpetbagger and my724outdoors.com!

The Haunted House Restaurant is SCARY GOOD! Jacob takes us through this unique themed atteaction in Cleveland.

There will soon be a new haunt at the old Melt eatery in the Cedar-Taylor District.

The suspense continues to build for the world premiere of The Haunted House restaurant, with a dream of a theme and a July 20 grand opening planned.

“From the moment people come through the doors, we’re paying homage to the classic horror and thriller movies,” noted partner Andre Scott. “Our theme is: ‘The Haunted House, where the only thing that’s scary is how good our food is!’

“We’re creating an experience here, and we want to make it about families.”Darnell “Superchef” Ferguson brings his frightfully fine “classic American menu” to the Heights from Alabama, Louisville and his hometown of Columbus, where he has launched other restaurants. He’s also appeared on TV with Rachael Ray, Guy Fieri and elsewhere on the Food Network’s “Tournament of Champions.”Scott, Cleveland Heights High School’s assistant boys’ varsity basketball coach for the past six years, also credited partner, godbrother and the Cleveland Browns’ own “DJ Ryan Wolf” Gullatt of Shaker Heights for coming up with the concept.“We had been talking about opening a restaurant for over a year, with a possible spot in Richmond Heights that didn’t work out,” Scott said. “And then the perfect location came up.”But they were still stuck on the name and the theme, which took off after a phone call to the DJ, who’s described by Scott as “our conceptual and marketing guy — with a gift from God regarding concepts.”When Scott heard the Haunted House idea unfolding in a 15-minute conversation, he was giddy, handing the phone over to partner and fellow “operations guy” Jeremiah Burks of Twinsburg.“If Jeremiah likes it, you know that’s the one,” Scott said, noting that the Haunted House team is rounded out by partner Christopher Thomas of Solon, described as “the ‘hands-on guy’ in the kitchen, our jack of all trades on the mechanical stuff.”